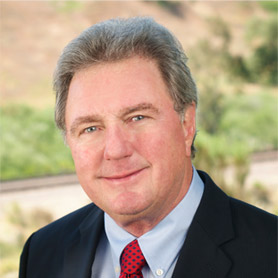 Glenn leads the Firm with a commitment to excellence in developing and building partnerships with clients and candidates, resulting in leadership teams that enhance the overall performance and future success of both the client and candidate. Glenn has been a pharmaceutical / biotechnology industry executive for over 30 years.

Previously, Glenn was Vice President of a national executive search firm that specialized exclusively in the biotechnology and diagnostics industry. His executive search experience spans the United States, maintaining top executive level networks and contacts in the industry as well as in the venture investment community. He has completed numerous senior level searches in every major discipline targeted in the pharmaceutical, biotechnology, life sciences, and diagnostics industry.

From 1975 to 1994, he held executive positions in business development, marketing, and sales management for companies such as Chiron Corporation, Millipore, ICN Pharmaceuticals, and NEN Research Corporation. Additionally, Glenn co-founded two early stage biotechnology companies that were both acquired, successfully maximizing their shareholder value.

Throughout his career, he was responsible for the creation and execution of programs to rapidly increase revenue and growth, successfully building existing as well as new business divisions, which led to successful Initial Public Offerings, mergers, or acquisitions of these divisions. Over the years, Glenn’s team building skills have earned him industry acclaim.

Glenn received his biochemistry/chemistry degrees from the University of Massachusetts. 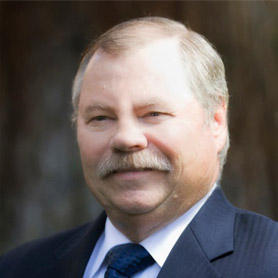 Mark’s career includes over 25 years of general medical experience. He is considered a high energy, hands on executive who has consistently built and led teams to excellence in the medical field.

He started his career with Abbott Laboratories in 1977. He was promoted and relocated six times during his term with Abbott. His last senior management position was leading the U.S. Therapeutic Drug, Clinical Chemistry, and Drugs of Abuse teams. He spent the last three years with Abbott working for the current Chairman of the Board.

His experience in large, medium, and small businesses gives him a unique understanding of the needs of each type of company. He has hired over 200 top performing people in the following areas: executive management, sales finance, manufacturing, marketing, operations, customer service, technical service, regulatory, research, development, medical affairs, and corporate development.

His career in executive search began in 1998. He became an associate with a national search firm located in San Francisco that specialized in the Biotechnology and Healthcare industries. He started his own executive search organization, Mark J Kussman and Associates in 2002. He has completed director and executive level search assignments for biotechnology, diagnostics, medical devices, point-of-care, and pharmaceutical companies and maintains a network of highly talented executives on a nationwide basis